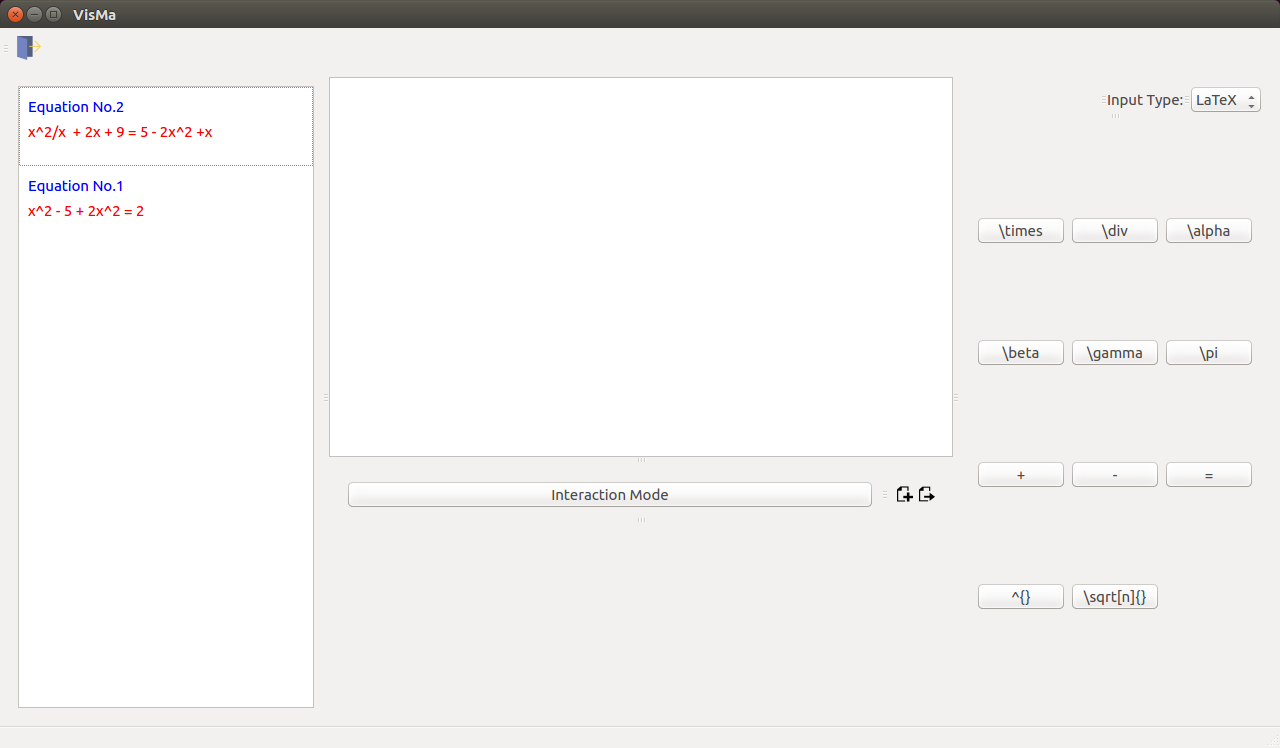 Next task is to convert all supported types of input into a common format, so that it is separate the logic for solving from the types of input. This provides the advantage of a more efficient way of doing things. This is the only way to make a difference between the variable and the variable, but it is also a function of the variable position relative to other tokens. Eg if the input is 2x ^ 2y ^ 4 + 4, it ’s tokenized form would be:

This shows how powerful the tokenizer is in distinguishing between different inputs.

This is the most difficult part of GSoC for me, I have to go through over 2k lines of recursive code, check and double check if it works for any type of token, and take care of all the cases. I would like to thank you for your feedback.

Then I proceeded with coding the solving part. A rough data flow diagram of the rest of the architecture of VisMa is as follows: 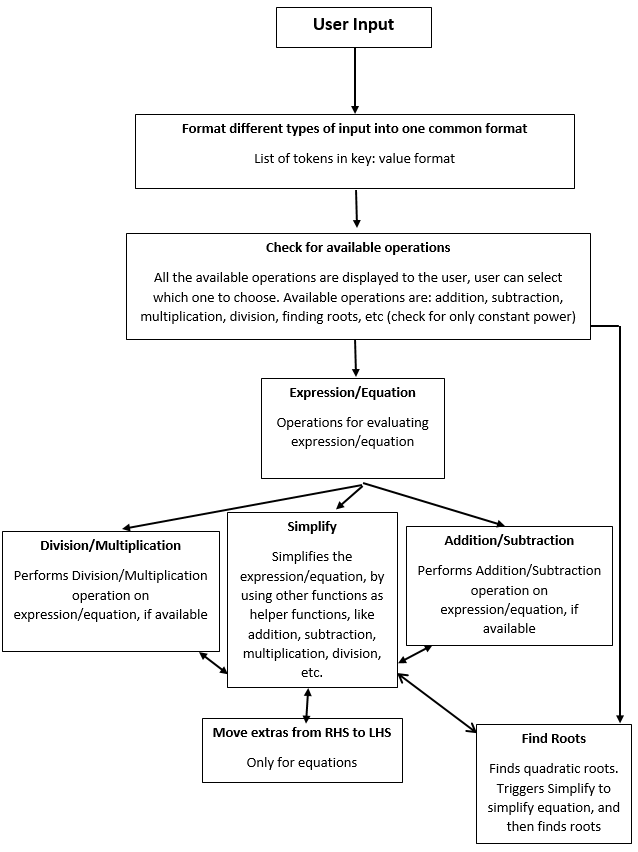 It shows how user input is first converted into a common format, we will call it the tokenized form The user.

The user selects the user’s input, and a step by step.

This function would return all the available functions to the user, and user could either completely simplify the equation or expression, or select either adding, subtracting, multiplying or dividing.

For division and multiplication tasks, the elements were directly divided or multiplied, without any issues. But there is no such thing as a „subset“ of a person’s mind. If there were more than 1 elements in each group and the elements were not followed by ‚/‘ or ‚*‘, then they were added / subtracted. To implement the task of simplification, the above mentioned. After each iteration / task, the list of available operations was updated to see if there is any additional operations available.

For the purposes of the present invention, the present invention is directed to a method and apparatus for evaluating the performance of a vehicle. For LHS and RHS, we have checked for available operations and simplified, then all the elements in LHS would look for elements with similar signatures (constants / variable, if variable, then same value and power) on the RHS, For simplification. In case of equation simplification, the remaining elements on RHS were then moved to LHS. Even for equations, after each iteration / task-performed, the list of available operations.

An example of the project:

The example shows how you can use saved equations, and find roots for it. You press on one of the equations in the saved equations list, which you want to solve. In this example, the user selected finding roots, and the whole animation.

Here is another example, which highlights the feature interaction mode:

In this example, it is shown, how the user can input an equation, and select a part of the mouse and its cursor. After that the user can press interaction mode, and all the possible action for it are populated. The user can select one of the, and only the part of the equation / expression selected with the mouse will be processed.

An in detail user manual is available on the repository’s  GitHub wiki .

The wiki will also work as the development manual, along with the comments in the code.

I would like to thank  Aerospace Research  for giving me opportunity to work with them on a completely Call new project in  Google Summer of Code 2017  and I would also like to thank my  mentor Manfred Ehresmann for helping me out with this project and helping me through it.

I want to see VisMa getting some enthusiastic reception in the future. I hope to help you. I want to see the graph feature, on which I have been working on the visualization of problem. Improvements in animation, and possible make the animation more interactive. Integration (still in development) and differentiation modules are completed and integrated with it. Create a better abstraction between the solution and GUI module. I want to see VisMa as a unified tool for all mathematics in future.